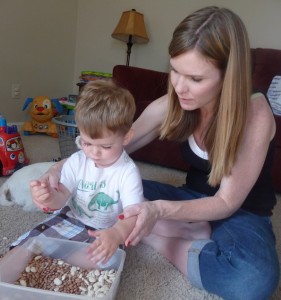 Sarah sought an early intervention evaluation for her son, Robbie, because of concerns about his communication skills. Robbie knew his letters and numbers, but was not using everyday words such as “mama” and “dada.” Sarah was also worried about Robbie’s limited diet – he liked crunchy foods but avoided chewy foods such as meat.  The evaluating team recommended weekly speech therapy to focus on Robbie’s understanding of language and to improve his ability to express himself.  Weekly occupational therapy was recommended to help him to eat more foods.

In weekly speech therapy sessions his therapist, Maureen, worked on teaching Sarah, her husband Rob, and daycare-providing grandparents’ strategies to expand his language, both in his ability to understand as well as to express himself.  They used sign language and words to help Robbie communicate.

The occupational therapist focused initially on teaching Robbie’s parents and grandparents ways to provide a sensory diet to help Robbie’s underactive nervous system to process incoming sensory information.  Robbie enjoyed being swung in a blanket and hanging upside down when held, followed by a variety of heavy work play and deep pressure input.  Everyone soon realized that when Robbie was given a significant amount of sensory input, he became more focused and attentive to others, and he started saying more words.  The OT, Christine, also worked with his parents in providing ideas to help Robbie’s food intake at meal and snack time.

After receiving early intervention for 3 months, Robbie is saying more words, expanding his play skills, and trying new foods. His parents continue to provide sensory meals and snacks, which are prescribed activities in a specific order, throughout his day to help with his ability to focus and attend. They have weekly speech and occupational therapy sessions to continue to improve his language and to address his sensory needs, including his ability to get messy during play and eating.

The involvement of Robbie’s parents and grandparents during therapy sessions and throughout the week has helped tremendously with his growth and development.  Sarah says, “I feel like OT and speech mix well to make progress.  I wasn’t a big believer in OT, but it’s amazing the progress he’s made in both.” 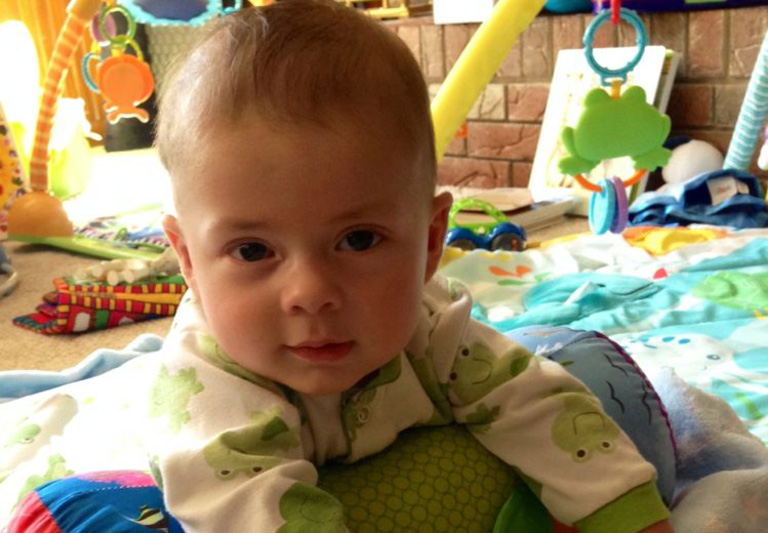