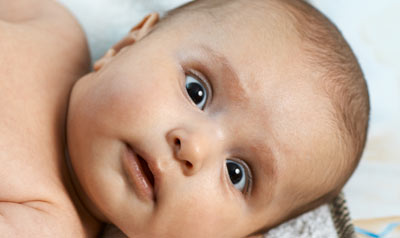 Early Intervention for Children with CVI

CVI is the most common cause of vision loss in toddlers, ages 1-3.

Cortical Visual Impairment is a condition that has to do with the connections between the eyes and the brain, along with damage to or abnormalities in the gray matter of the brain. The eyes themselves are not the cause of the child’s visual difficulties.

Patents often first notice CVI as the child’s lack of social gaze and avoidance of direct eye contact. Avoidance of unfamiliar visual stimulation and reaching without looking are often reported.

CVI is diagnosed in several steps, starting with an eye exam. When visual problems are evident and cannot be explained by eye malformation or disease, then CVI is suspected. The next step is to look for a history of neurological conditions, asphyxia during birth, congenital brain abnormalities, infections, metabolic disorders, and other early trauma.

Finally, there are ten characteristics that determine cortical visual impairment:

Not all children show all ten signs of Cortical Visual Impairment, but some mix of these characteristics are generally present. See our informative Videos at the bottom of this post!

Can Cortical Visual Impairment be Cured?

There is no cure for CVI, but dramatic improvement is possible. It’s important to start Early Intervention services that can help stimulate visual development. As your child’s brain matures, it is possible for new connections to develop in the brain, overcoming some of the deficits of CVI.

At TEIS, Inc., we provide Early Intervention services throughout Southwestern Pennsylvania and the Pittsburgh region. In the videos below, you’ll hear from some of our therapists and learn about the ten characteristics of CVI.

See our informative Videos below! 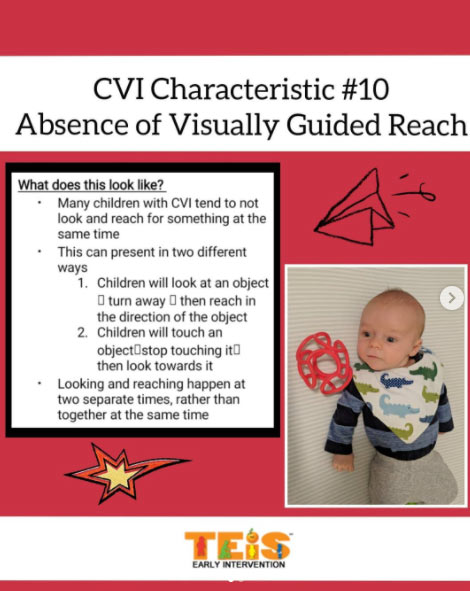 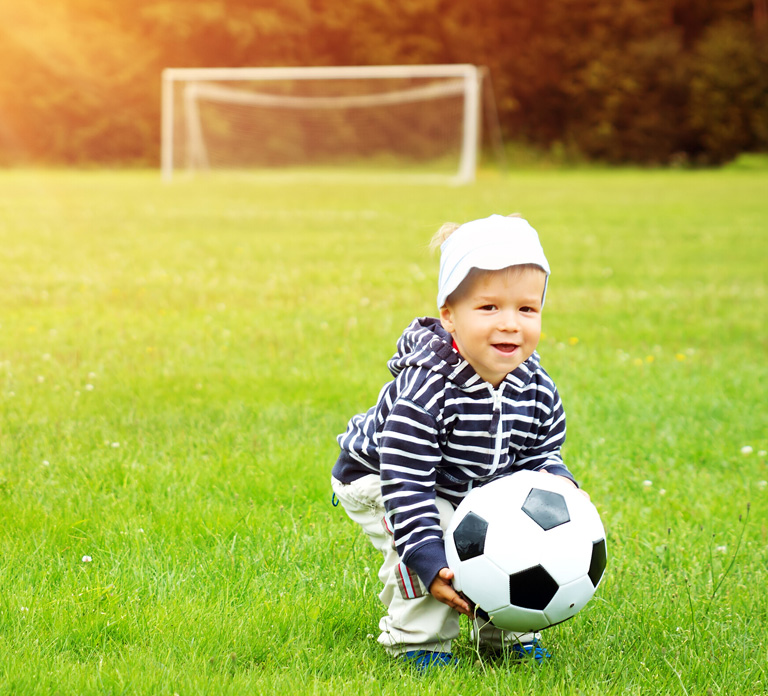